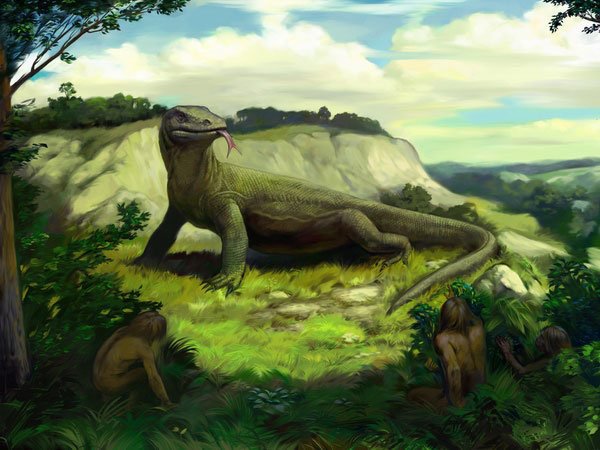 Megalania Prisca, formerly known as Varanus Priscus, was a prehistoric monitor lizard – several times bigger than the Komodo dragon – that roamed the Australian outback terrorizing the native fauna. Even though science acknowledges Megalania to be extinct, sightings of monitor lizards (or goannas, as they are known in Australia) the size of saltwater crocodiles have been reported during recent times.

In 1939, for example, a train traveling through New South Wales stopped in its tracks after noticing a huge log on the railway. After several minutes, the log started to move and the passengers and train conductor realized that they were looking at a huge lizard estimated to be around 28 feet (8 meters) in length. More recently, in 1979, Australian herpetologist Frank Gordon had an encounter with what he considered a living, breathing Megalania – the huge lizard sprinting in front of his jeep with enormous speed while he was traveling in the mountains of northern New South Wales