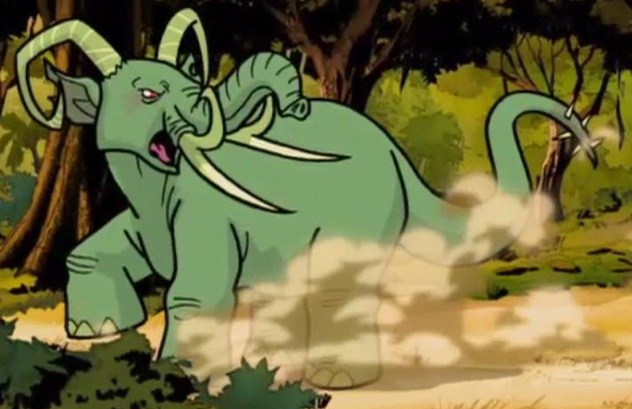 In the Northern Cape province of South Africa is an arid, mountainous wasteland called the Richtersveld. Somewhere in this vast desert is what the locals refer to as the Bottomless Pit—a massive cave system that has never been fully explored. At night, a cryptid known as the Grootslang is supposed to emerge from the cave and lure prey back into its lair. Shaped like a monstrous elephant with the tail of a snake, the Grootslang feeds on trespassers and fiercely guards a stash of thousands of diamonds and gemstones.

The most popular story about the Grootslang comes from the escapades of British explorer Peter Grayson. In 1917, lured by the stories of diamonds in the Bottomless Pit, Grayson took a small team of men to find the cave. On the journey to the cave, tragedy struck: two of his men were killed by a lion, one was bitten by a venomous snake, and another became sick. The final two team members carried him back to the nearest town, leaving Grayson alone to continue the quest. He was never heard from again, and locals came to believe he had been killed by the Grootslang.

Modern sightings of the beast suggest that it may be a massive python—eyewitnesses claim that they have seen an animal resembling a snake, but 50 feet (15 meters) long. Another witness claims to have found mysterious footprints a meter wide that eventually disappeared at the edge of a river.